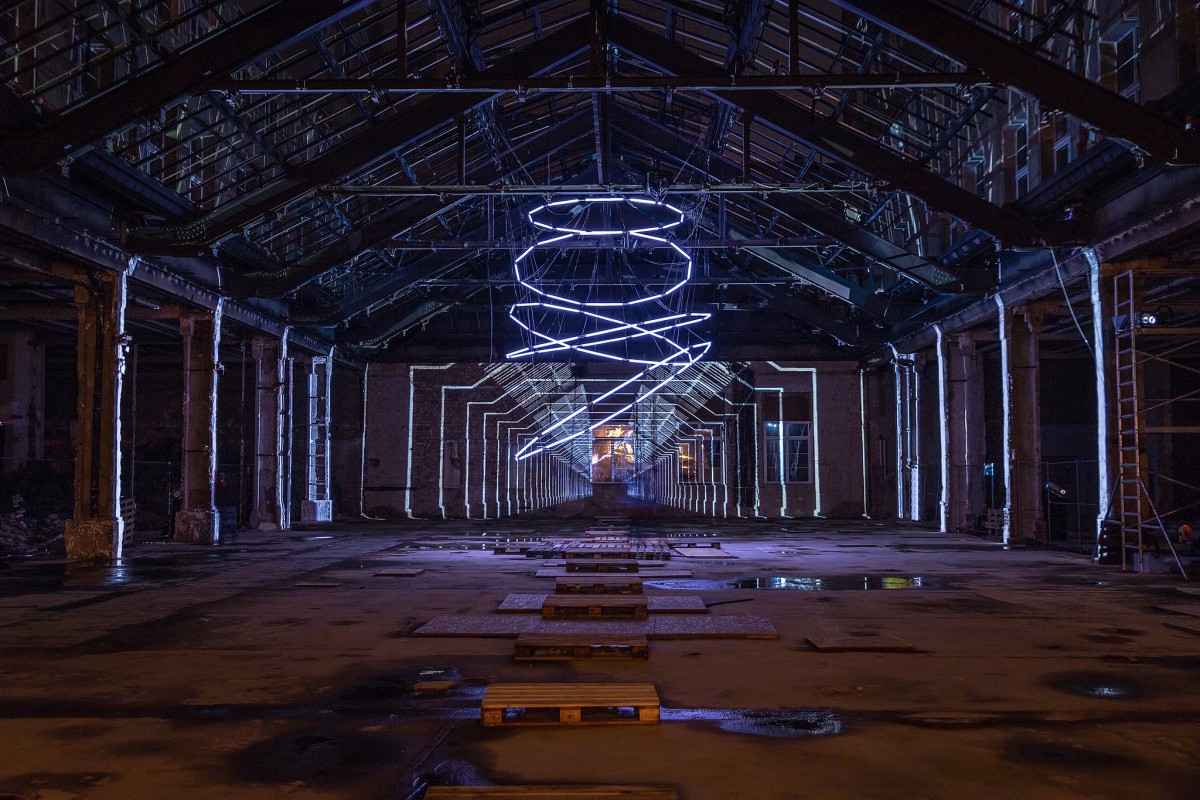 “Festival of lights” is an annual show of light installations in several places throughout the city of Berlin. The festival has grown considerably over the years and attracts more and more international artists. BTK was asked by Berlin real estate company Ziegler to temporarily transform one of their current contractors’ locations, the historical Metropol Park building in Rungestraße, Berlin Mitte.

The Metropol Park building has a rich history: initially build in the 1930s in expressionist style for the Allgemeine Ortskrankenkasse (AOK), a national insurance company, it became after 1945 Karl-Marx Party-University, the headquarter for the education of East German cadre also colloquially known as the “Red Cloister”. These days (2014) it is undergoing extensive refurbishing and will be transformed into condos and office spaces for a more affluent clientele, continuing the current trend in this neighborhood of Berlin Mitte. 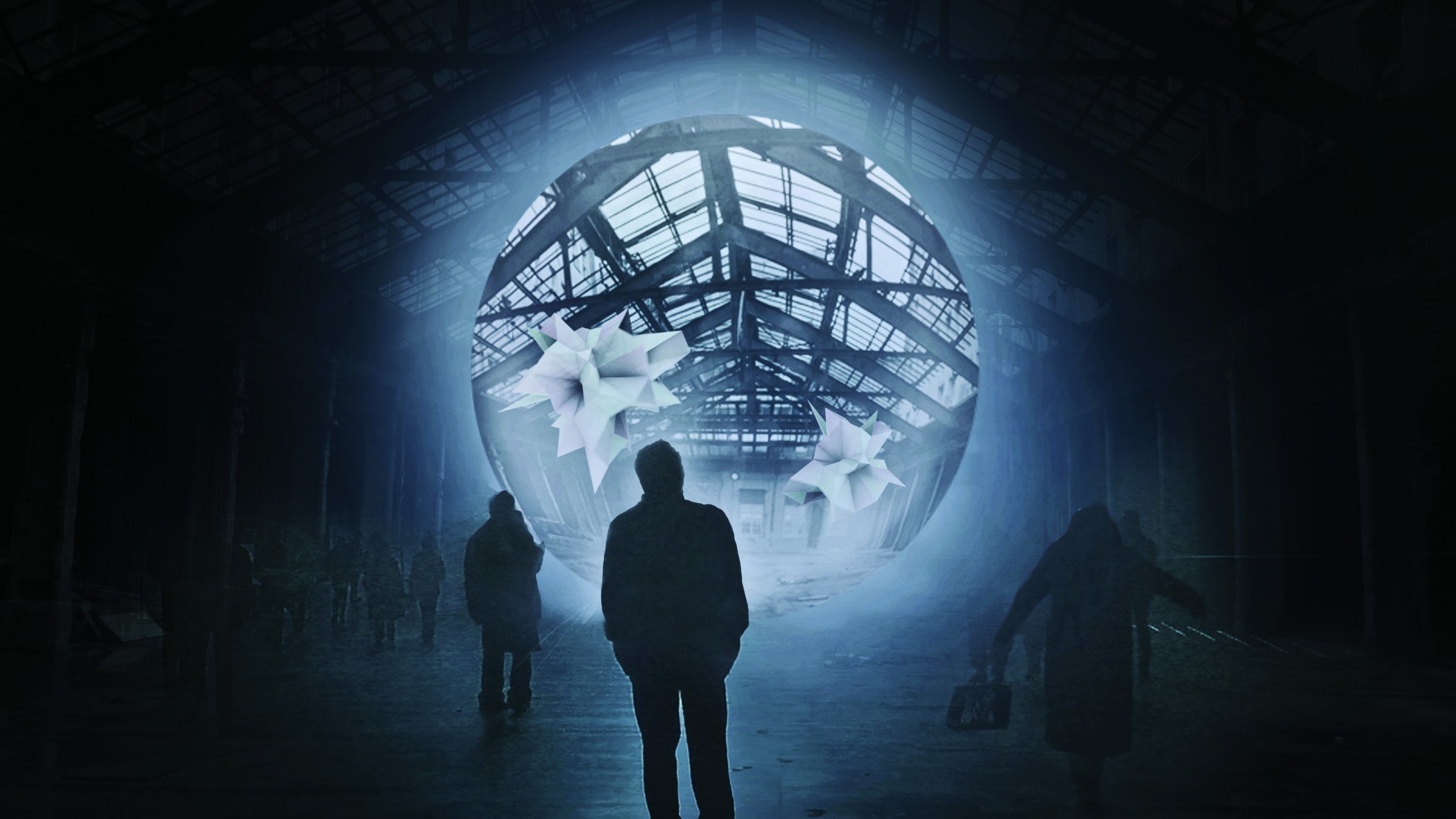 Ziegert Real Estate approached the MA program Media Spaces at BTK after a successful prior cooperation with the Motion Design BA program. Seven students and two teachers of the program were developing installation concepts for the roofless and defunct main hall of the building.

The building process of the installation was quite intensive, as the abandoned site had to be cleaned up first. The installation was put together by rings of mountable neon lights whose glow was controlled through a Processing interface based on a clock. The side columns of the hall had build-in sensors that would react to the nearby presence. The projection and particle animation was created by VVVV programming. 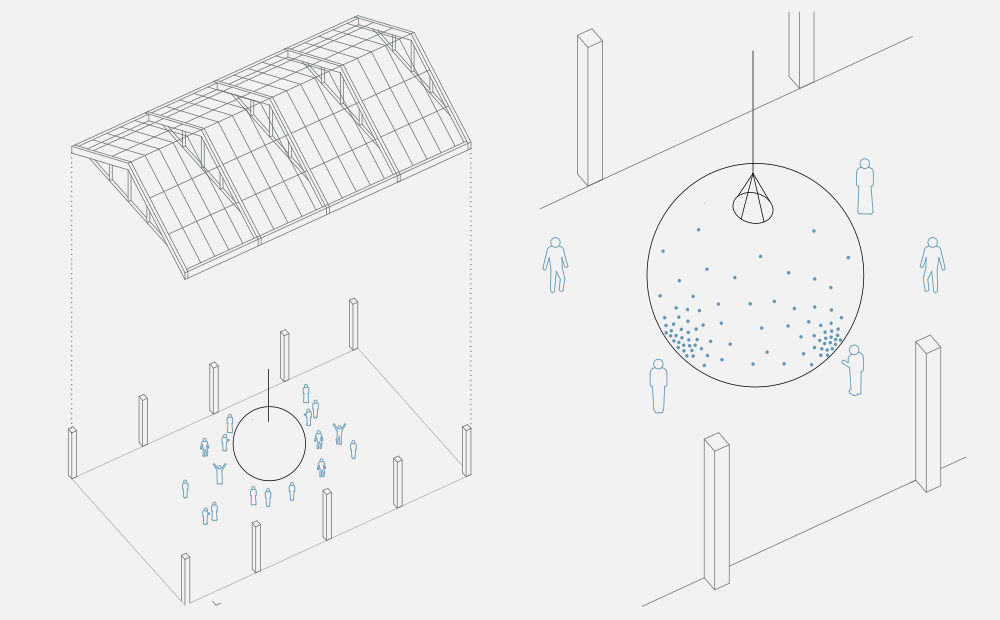 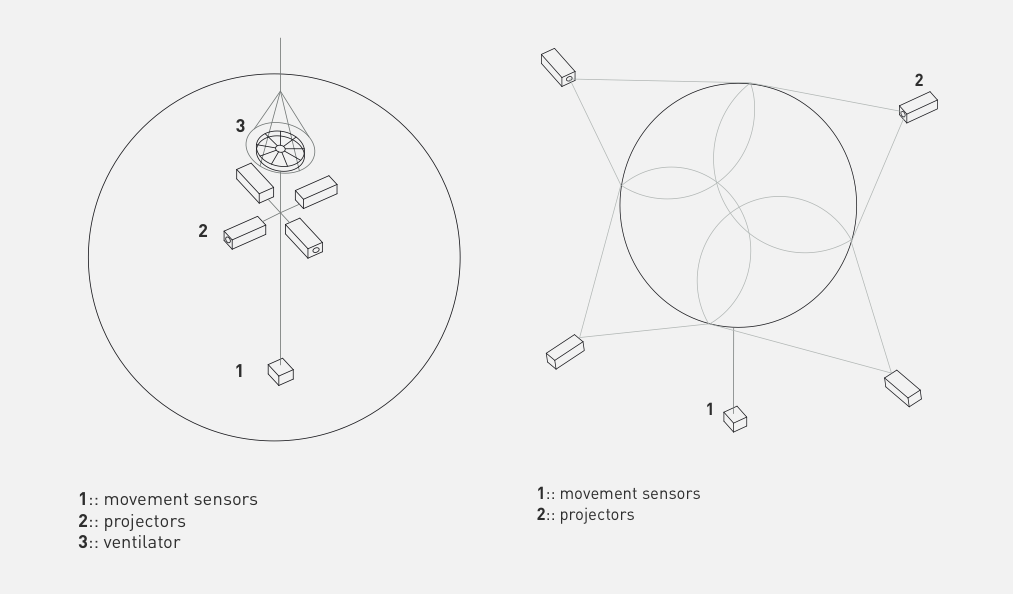