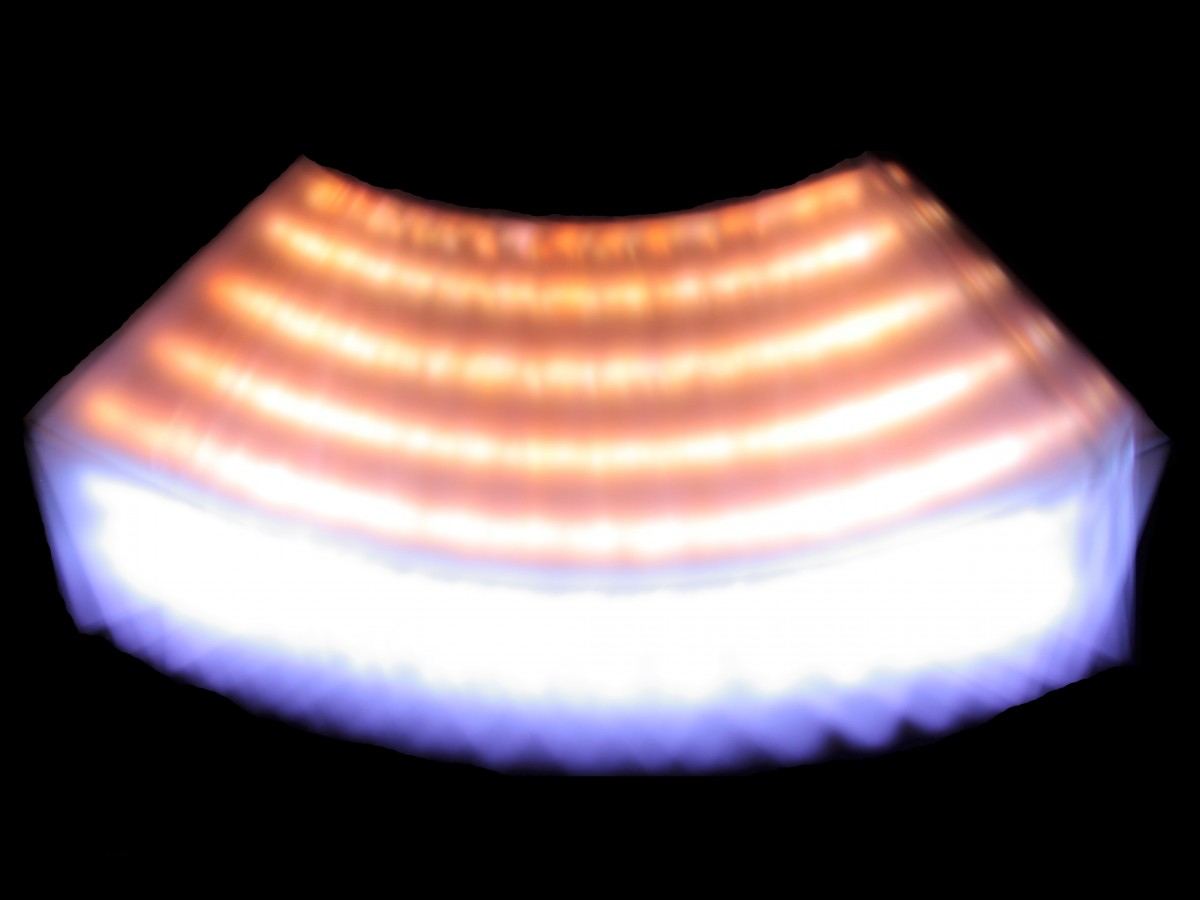 The concept behind ‘Divinity’ stems from research into the ancient Chinese Seismoscope Houfeng didong yi. The 2nd century device contains a pendulum and was used to recognize earthquakes in distant regions. Yet, it still relied on the confirmation of people within the affected region to prove its accuracy.

We intend to impart ‘Divinity’ parallel to this confirmation of the Houfeng didong yi. Furthermore, the group showed an interest into how the term of Post-Truth came to prominence in 2016 (‘Post-truth’ was the Oxford Word of The Year in 2016).

The term refers to the deception and dishonesty of people’s statements or actions, that is enabled by society to go on, despite their being evidence clearly stating the contrary.
Visually, ‘Divinity’ opens a dialogue with the work of Bruce Nauman and Angela Bulloch with a one-metre construction of plexiglass and LEDs hanging from the roof drifting and pulsating. The form also brings to mind Brutalist architecture and Minimalist sculpture of the 1960s. 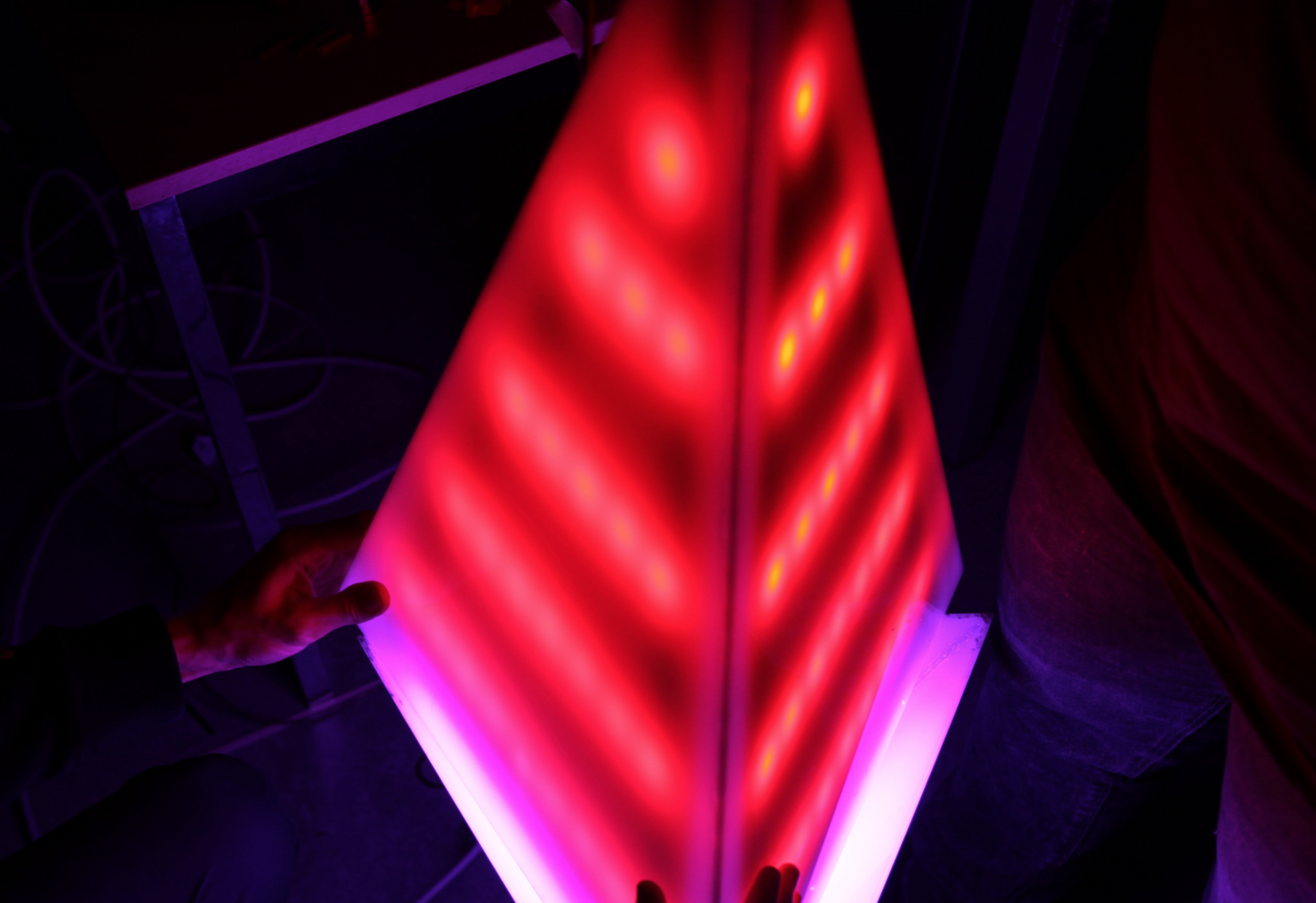